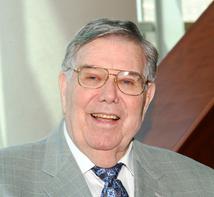 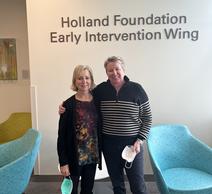 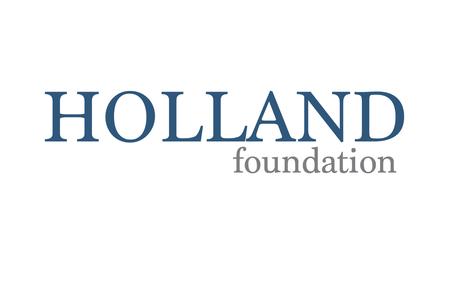 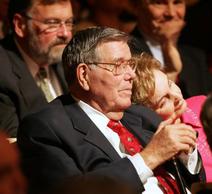 Founder of the Holland Foundation

About the Founder of the Holland Foundation

The late Dick Holland was a native Omahan. Dick is a graduate of the University of Omaha (now UNO). For many years Dick and the late Mary Holland have been deeply involved in numerous philanthropic efforts benefiting children, education, the arts, and the environment. These projects include the Omaha Performing Arts Center, the Omaha Symphony, the Omaha Opera, and the Joslyn Art Museum. The couple is among the principal supporters for the benefit of disadvantaged children in the Child Saving Institute, Completely Kids, Partnership 4 Kids, NorthStar as well as the Jesuit Middle School, and the College of St. Mary and Creighton Prep. In support of the environment, the Hollands have gifted the Nebraska Nature Conservancy. The University of Nebraska Medical Cardiology Research Laboratory and the Sorrell Center for Health Science Education at UNMC have been funded by a gift of the Hollands as well as the Nebraska Medicine Cancer Center and Regenerative Medicine Department.

The Hollands were recipients of many awards for their philanthropy including the Governor's Art Award, Sower Award, Grace Abbott, Nebraskalander, and United Way Citizen of the Year, Horatio Alger, and the Nebraska Philanthropic Award.

Holland has expressed reluctance to being recognized, saying that "what I am doing is giving back to the community, a partial payment for those who educated and supported me." He also expressed his belief that philanthropy is a duty for those with such means.